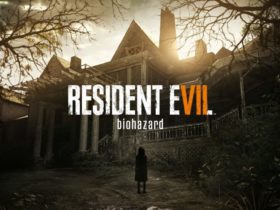 The Surge, developed by Deck13 Interactive game and published by Focus Home Interactive, released in May 2017. The game have many similar gameplay elements with Lords Of The Fallen. This action role-playing video game can be played on PC, PS4 and Xbox One. You will have an exosuit, a customisable and upgradable exoskeleton, that will be helping you in your battle with the enemies. It is also possible finish off enemies in bullet-time fashion. Here you will get details about The Surge Boss Fight Black Cerberus.

This guy is fairly easy. He is a normal-sized enemy wielding a big axe. This guide will show how to beat this boss in the game.

Dodge this boss’ combos and jump in for a quick attack after he has finished his combo moves. He is basically just another heavy enemy. Stay close, wait for his combo to finish and attack.

He will go into the control room once you deplete his health a bit. He will send out a PAX robot. This PAX is unlike the other one as it will not shoot missiles so you can not get it to blow itself up. Instead, it shoots one large bullet. Dodge it. Charge the energy of this PAX and go across the room. You will see a laser spot on you. Stand in front of one of the two large white cylinders. Dodge at the last moment and the boss will blow up the machine. Do this until both machines are doomed.

You have to be quick as The Black Cerberus will continue summoning PAX robots and regaining health. The cylinders are at the arena entrance and in the corner by the control room.