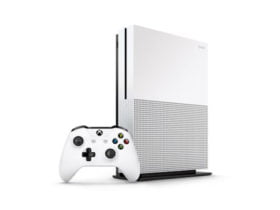 Deck13 Interactive developed The Surge, a spiritual successor to the game Lords Of The Fallen. Both share many that both these games share several gameplay elements. The Surge released in May 2017 for PC, PS4 and Xbox One platforms. It is an action role-playing video game, portraying a grim image of the future where humans have exhausted all the resources and there are environmental diseases. The player defeats the enemies with the help of an exosuit. The exosuit is customisable and upgradable exoskeleton that will help you in your battles with the enemies. This article talks about how to get and upgrade new weapons in The Surge.

Once you start the game, all you have is a pipe as a weapon. You need better weaponry to beat tough enemies. This guide will show how to get new weapons and how to upgrade them in the game.

The Surge Guide: How To Get And Upgrade New Weapons

The best way to get good weapons is to acquire them from enemies. Target the arm or hand where the weapon is equipped and attack it. Once you have built up enough energy and you get the finisher icon, press the button to launch a finishing move. A small cutscene will play and if you have damaged that particular body part enough, the weapon will be on the ground, yours for the taking. Sometimes, instead of the weapon, you may get the materials that you need to craft that weapon. You can also get weapons laying around the world but the best way is still to get it from enemies.

Check out The Surge Guide: How to Farm Crafting Materials