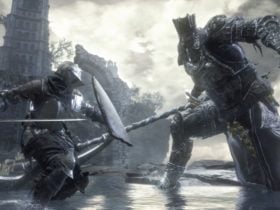 The Surge is a spiritual successor to Deck13 Interactive’s earlier game Lords Of The Fallen with which it shares many gameplay elements. The Surge, an action role-playing video game, is developed for PC, PS4 and Xbox One. It was published by Focus Home Interactive in May 2017. The player uses an exoskeleton to battle enemies. Through modular upgrades, the exosuit can be customised and upgraded. The players also can finish off enemies in bullet-time fashion. This is The Surge guide for tips and tricks for beginners.

For beginners, the game can appear daunting if one is unaware of the basics. This guide will serve as a beginner’s guide for The Surge.

The Surge Guide: Tips And Tricks For Beginners

USE DODGE FREQUENTLY – The character is slow so you will have to rely on dodging. It will help you a lot against enemies.

PLAY DEFENSIVE – More often than not, you will be facing stronger enemies and bosses. So, don’t just rush in to attack. Let the enemy attack. Dodge it and during that brief enemy recovery time, attack him.

TARGET SPECIFIC PARTS OF ENEMIES – You will see weaker body parts of enemies and bosses. Target those areas. Attacking on other body parts will not help much.

SEE HOW ENEMIES ARE ATTACKING – Most of the enemies have a specific attack pattern so if you learn that pattern, you will be able to avoid all attacks easily.

COLLECT TECHSCRAP – Whenever you get a chance to collect TechScrap, collect it. It will be very useful for upgrades.

USE THE BEST IMPLANTS – Once you find implants, use them as they will aid you in taking down powerful bosses and enemies.

USE DRONES – When you unlock drone support, use it. It will be very useful when facing multiple enemies.

USE SHORTCUTS – There is more than one path to reach your goal. Shortcuts lead you to different parts of the game or to medbays. These shortcuts are usually behind locked doors, metal tunnels, etc.

BYPASS POWER CIRCUITS – To gain access to various lifts and doors, you need to bypass the power circuit guarding them. Use the Exo-Rig’s core power for this purpose.

GEAR – Always make sure to equip upgraded gears and helmets. This will gain you the upper hand in enemy fights and boss fights by dishing out more damage and being able to absorb more damage.

Here are the default controls of the game.

Here are the implant add-ons for the Exo-Rig.

They increase your strength and power in the game. These are the important ones.

That was all from The Surge guide providing tips and tricks for beginners.

Read More The Surge Guide: Which Exo Rig to Select