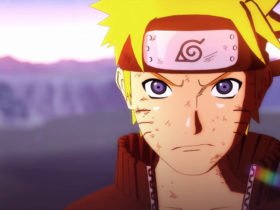 The latest Surge update has just been released by  Deck 13, it introduces a slew of tweaks, improvements and fixes for the game.

This update is extremely significant for PS4 players as it introduces HDR support for the platform among various fixes and tweaks. Complete details of the update are below:

A kill switch button combination for players being stuck has been added (Press ‘LB’, ‘LT’, ‘RB’, ‘RT’, ‘LS’ and ‘RS’ at the same time) – Please only use this when your character is stuck.

Player will be able to block most attacks. This refers to enemy attacks that were only able to be ducked or hopped, which prior to the change ignored blocking. You will now be able to block these attacks, but they consume more stamina than ‘standard’ attacks.

Fixed holes in collision where the player could get stuck

Fixed the behavior when binding target switching to the right stick

Properly store the button imagery configured in the options menu

Mapping the dodge button to Circle will no longer cause the player to dodge every time the player “backs out” of the game menu.

Possible crash when leaving New Game+ at the beginning and starting a new game.

Gameplay blocker if the player does not collect the Security Exo-Rig after destroying the case. This will also fix broken saves.

Various AR elements should no longer appear in the wrong locations.

for more updates regarding The Surge, stay tuned.