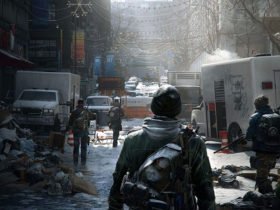 Tekken 7 is Bandai Namco Entertainment ‘s fighting game which features Unreal Engine. It is the first in the series to do so. The game is playable on PC, PS4 and Xbox One. Tekken 7 has two mechanisms or systems. One is Rage Art in which the player can perform critical attacks which deal around 30% damage once the health bar is critical. And other is Power Crush, in which, for high or mid-air attacks, the player continues to attack the opponent even when being hit by the enemy. Here we will see some Tekken 7 Beginner Tips for Rage System.

This guide will describe the rage system in the game.

The rage system has been in a few Tekken games but it has been revamped in this game. When you have 20% of your health remaining in a round, a red aura engulfs the character. This will make your character inflict more damage to your opponent with each successive hit. This gives you a good option to make a comeback in the round.

It is basically a super move. You need to know the range, use and properties of your character’s rage art because if you just blindly use a rage art, it may harm your character rather than the enemy. The most common use of a rage art is to do it after a good combo or a screw.

This is an extra powerful attack that has a lot of uses for each character. Experiment with different rage drives to find out the strengths and weaknesses of each and pick one that floats your boat. One great rage drive is to steal a round if your opponent blocks the rage drive by the wall. But rage drives do not have the armour properties of Rage Arts Or Power Crush Moves. You can use only one rage art or rage drive per round and you can only select one. Here is the list.