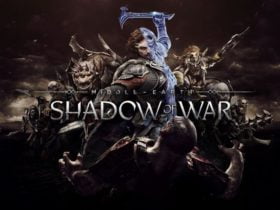 Tekken 7 is a fighting game developed for PC, PS4 and Xbox One by Bandai Namco Entertainment. It released in June, 2017 and is the first in the Tekken game series to feature Unreal Engine. Tekken 7 is about one-on-one battles and it got two new elements: Rage Art and Power Crush. Rage Art enables the player to perform critical attacks which deal around 30% damage once the health bar is critical. With Power Crush, for high or mid-air attacks, even when being hit by the enemy, the player can still continue to attack the opponent . Here we will describe all Tekken 7 Stages details.

There are many stages to fight on in Tekken 7. These have cool locations and interesting backdrops. Some stages even have multiple levels, where knocking an enemy onto a specific area hard enough will trigger a cutscene transitioning from one area to another. This guide will describe each stage of the game.

Snowy area near a military base. There are no walls and there is a lightly fogged background.

This is a bridge blocked off in a city. Transitioning is possible to the road area behind the barricades.

In a volcano. There is an automatic transition to the bottommost level after a certain time..

Set within ancient ruins and pillars. The ground can be broken to transition to the very bottom level which is a dimly lit room.

Set within the Mishima Zaibatsu dojo. If you push an opponent into the wall nearby, you can knock down the statues in the background.

Set within a Saudi Arabian marketplace with an enclosed area. There are no transitions but you can knock enemies onto market stalls to trigger objects to pop out from the stalls.