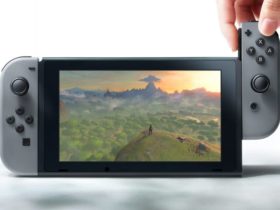 The Crew 2 released on June 29. Here we have collected some common solutions to various crashes and glitches to fix Crew 2 common issues. Ivory Tower developed the game and it is the sequel to 2014 game The Crew. Ubisoft published the game for PlayStation 4, Microsoft Windows and Xbox One.

An open world game, it lets you free-roaming in a recreated United States. You get to roam in different types of vehicles apart from cars. There are motorcycles, boats, and airplanes. As expected from any modern game on PC, The Crew 2 comes with its own set of crashes and glitches. This guide will show how to resolve such issues on PC for the game.

Start the game and when the black screen appears, press Alt + Enter to go into windowed mode. Now, go to video settings and change the resolution to your monitor’s native resolution. Now, you can play fullscreen without the Black Screen. If this does not fix the issue, update your GPU drivers.

The Crew 2 Crash While Starting/Game Not Launching Issue Fix

The developers are aware of this and are working for a fix. In the meantime, do the following things. Run the game as an administrator, Check File Integrity, Update your GPU drivers, Disable any background apps, Update DirectX and Install/Repair Microsoft Visual C++ Redistributable.

Sometimes the game crashes randomly without any error. To resolve this, just follow the steps listed in the CRASH WHILE STARTING issue.

When the game tries to connect online, many players are getting this error. There is a workaround for this but no solution yet. Play the game using a VPN and set the port to TCP 443. This will allow the game to connect while bypassing the issue.

This error is experienced by players who use a wheel to play. There is no fix for this yet so play without using the wheel till a solution is found.

Using the Xbox One Elite Controller, players have reported the gears of the in-game cars to be locked at 2. This issue might have something to do with the hair trigger. Check if the hair trigger is enabled. Disable the hair lock for this purpose.

Open your GPU Control Panel and go to Change Resolution. Use the colour settings option to set the output colour depth to 8bpc. Save the changes and restart the game.

Make sure to have the latest GPU driver. Check if any unnecessary background apps are running and if they are, shut them down. You can also change the program specific settings in your GPU control panel. Select Crew 2 from the list and set VSync to Fast. If you are still having stuttering issues, try locking the FPS to 45-60 by using Nvidia Inspector (For Nvidia GPU users).

Install the Visual C++ Redistributable Packages for Visual Studio 2013. You can also try to update your Windows OS which will automatically update the system registry. If nothing works, download the MSVCP120.dll file from the internet and copy it to your game folder. But use this only as a last resort option as it may compromise your system.

That’s all the common The Crew 2 error fixes and The Crew 2 solutions to various crashes and glitches – fix common issues guide.