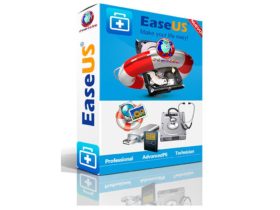 The Division is going to get Incursion update next week. As per VG247, The Division update 1.1 will includes a new mission and it is so tough that the lead designer hasn’t completed it.

According to the developer’s latest podcast, Falcon Lost will be super-tough. When host Hamish Bode asked lead designer Matthias Karlson and lead economic designer Andrada Gregiuc if they had completed it. The answer they got was that neither of them were able to complete it.

Falcon Lost will come in two difficulty modes; Hard and Challenging. The host asked the two if “hard mode of Incursions is harder than the challenge mode of regular missions.” Here is what he got as response.

“Yeah, I would say that,” replied Gregiuc. “It’s a different kind of content.”

“They’re in the same realm of difficulty,” added Karlson.

It has been confirmed that there will be mechanics in Falcon Lost that players haven’t previously encountered in Massive’s shooter RPG. We know already that part of Falcon Lost will involve taking down a bullet-proof armoured personnel carrier.

“You’re going to see new ingredients in terms of what happens and what you’re exposed to playing in Incursions,”

There is something exciting waiting if you complete the Falcon Lost. Yes, Karson added that rewards are going to be higher for completing Falcon Lost and other forthcoming raid-style activities.

“Incursions are our most difficult and most highly rewarding challenges in the game,” “With that degree of challenge we need to match that with rewards. It’s going to be the toughest thing you can do but also the source of the coolest stuff.”

The new The Division update 1.1 will arrive on April 12.