Home Featured The Effects of Video Games on Academic Performance 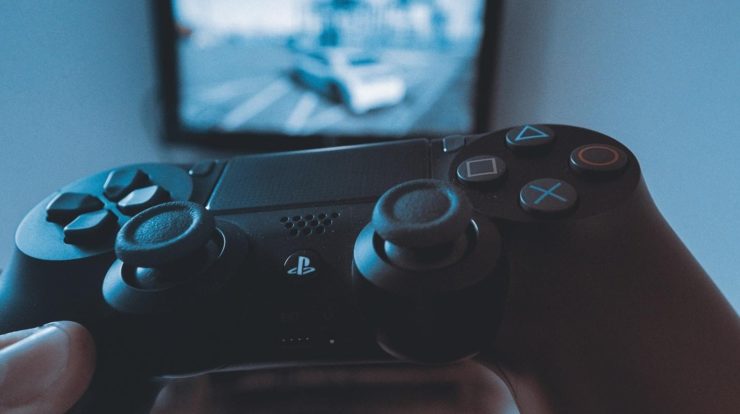 Video games are very popular throughout the globe. Even adults eagerly play them. However, the majority of players are teenagers aged 11-19 years or older. Accordingly, schoolers and students are the most active players and it has its consequences for their academic performance. Some people claim it’s totally wrong. The other see positive outcomes from gaming. What is the truth? It’s somewhere in the middle.

Our specialists have reviewed different studies and articles conducted and written by psychologists and educators. The evidence shows that playing video games has positive and negative outcomes. Therefore, we’ll review and discuss them.

It can be hard to believe, but video games have certain positive benefits for the learning process. Consider the following benefits:

Gamers play different kinds of games and some of them require cooperative work. They commonly work as a team in shooters. This develops leadership, collaborative, and problem-solving skills. They understand how important cooperation is.

Many students get motivated thanks to games. They understand the meaning of victory and being the best. Journal of Computers in Education Research conducted research, which involved 1,274 schoolers. They played education games and showed an impressive desire to learn and win.

Columbia University’s Mailman School of Public Health carried out its own study and revealed interesting results. Active gamers showed improved intellectual functioning (around 1.75 from the standard). Besides, such children have fewer problems with the interaction with their peers.

Many people are convinced that video games negatively affect children and so, their learning abilities. They are quite correct. Here below are several approved proofs.

Students spend tons of time playing games. As a result, they accomplish their assignments too late. One study included 483 students between ages 12 to 14 to determine the time spent on gaming. The results were actually shocking. 99% of all participants confessed that they begin to write their homework assignments pretty late because of playing video games. 64.8% submit their assignments after the deadline expires.

Students become so absorbed that they ignore their academic duties and lose multiple grades. Moreover, they don’t study learning materials long enough to fully comprehend them. To overcome their complications, they turn to academic writing platforms. A writing essay service may become an important aid when students struggle. Nonetheless, it’s not an eternal solution.

Playing games on personal computers, Xboxes, tablets and other devices require sitting without making any active movements. Therefore, addicted gamers lead a sedentary lifestyle. This triggers multiple health complications. They become physically weak. As they don’t move too often and sit in an unchangeable posture, they begin to suffer from different kinds of pain. Their neck, back, wrists continuously ache.

Their eyes are under constant pressure too. As a result, their sight worsens and eye degradation may induce blindness. Video gamers likewise spoil their stomachs. They commonly consume junk food. This diet develops digestion problems. Besides, gamers are commonly obese because their movements are at the minimum level.

Many video games are about violence, sex, and war. Gamers get influenced by those games and change their behavior. They become hot-tempered and aggressive. Although no study has yet proved the link, video games somehow affect brain activity and make people more aggressive. The scholars believe that games with violence serve as a trigger to push gamers to extremes.

Schoolers and students spend more and more hours playing video games every next day. This signifies a stubborn path to addiction. It is compared by many experts with alcoholism, smoking and/or taking drugs. Children cannot spend a day without playing their favorite games. They ignore their academic assignments and receive poor grades. Accordingly, it has a negative outcome for their academic performance. Moreover, they don’t give heed to their health, socializing with peers in real life, etc.

Finally, constant gaming leads to a sufficient decrease in learning achievements. Students give little heed to what they should learn and develop. Consequently, they receive poor grades, don’t gain and develop skills, become lazier, and cannot enrich their knowledge to become good specialists. Playing games can ruin their careers before they finish their learning.
This is an important issue and it must be taken seriously. Playing video games provides advantages and disadvantages. However, the disadvantages surely outweigh positive outcomes. Students should be allowed to play video games only after they have accomplished their homework and have deserved fun and entertainment.