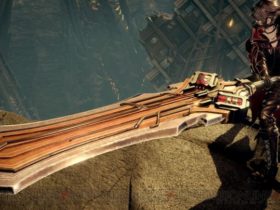 Are you looking for a new game to enjoy for the upcoming year? Do you need a new challenge or a second game to diversify your PC gaming? If so, then you need to invest in the most anticipated video games of this past year.

Doing so can help you find the perfect game to invest your time in. You’ll have new competitive games with new challenges to add to your gaming lifestyle. It’s all about combing through options to find the right fit.

See below for a guide of what highly-anticipated video games have lived up to the hype in 2020.

The Doom franchise came roaring back early in 2020 with its newest game Doom Eternal.

This “shoot first, ask questions later” game lives up to the hype, giving you an adaptive PC gaming experience that gels perfectly for a keyboard.

As the name of the franchise would imply, this game is meant to have you on the edge of your seat. It’s kill or be killed, and you have to adjust to the aggressive difficulty transitions to come out on top.

At times, it can feel as if the creators want you to fail. There will be moments where you’ll face opponents that can only take damage with a certain combination. Other times, you have to aim and time your shot just right.

This game isn’t meant for family fun. Some of the killing scenes are the most gruesome and fearsome imaginable, and Doom takes that as a compliment. If you enjoy terrorizing monsters and satisfactory kills, this is the game for you!

Before you invest in new games, be sure to set yourself up with the right gaming laptop. Search Lenovo and their website to find awesome deals and savings.

Perhaps you’re more into sports games and are looking for a new challenge. If you enjoyed the Backyard Baseball PC games growing up, then you’ll love playing Super Mega Baseball 3.

This game turns the game of baseball into a lively and cartoonish way to play. That said, there is still plenty of strategy and unknown factors to create a competitive gaming environment.

Contrary to the first two installments of this game, Super Mega Baseball 3 forces you to make more snap decisions to get the best results.

Every player has different traits, some good and some bad. You as the manager have to develop your players to get the most out of their game. If you don’t, it could come back to cost you a win or two in your season.

There are salary cap elements to the game as well. You can spend big on the big-ticket slugger or play Moneyball to evenly disperse the talent of your team. Be warned, players can get hurt, so you might not want to pay too much.

For all of you online gaming lovers out there, you can enjoy playing against others in a tournament that you assemble or just go game-by-game through exhibition mode. No matter what you’re into, Super Mega Baseball 3 has you covered!

While the Half-Life franchise still continues to tease its cult-like following with the release of Half-Life 3, this game has bought them some time to do so.

This game follows Alyx Vance as she tries to save her father (who was captured) and eradicate a life-altering weapon that the alien combine is building.

It’s only able to be played in virtual reality, making it one of the most unique experiences that you will ever have. So much so, that you’ll be unwilling to put it down.

This game will have you experiencing moments of extremely stressful combat, times of suspenseful silence, and one of the strongest game plots of all 2020 games.

You will find the game enticing, fun, and challenging, all three components that gamers look for in a new game. This is just the beginning of virtual reality gaming, so purchasing a valve VR kit would be a worthwhile investment.

Many avid gamers have been calling for Horizon Zero Dawn to be brought to the PC screen for a while now. In April of 2020, they finally got their wish!

This primal futuristic game follows a young lady by the name of Aloy, who tries to find her balance between machines and human life.

It’s one of the most tantalizing gaming displays you’ll ever see. While Aloy might not be considered the best combat fighter, Horizon Zero Dawn hosts plenty of weapon combinations to make for intriguing gameplay.

The layout of the game’s world is on par with the Red Dead franchise and gives you many different views such as mountains, deserts, prairies, and luscious green landscapes.

The most compelling part of this game is the imagination factor. You’ll see several characters and mechanical beasts that you’ve never seen in a game before.

Their behavior and interaction with or away from the main character is truly a sight to behold. The attention to detail on Horizon Zero Dawn rivals no other and is worth your time and investment.

The gameplay and storyline are so exciting and intense that you’ll find it difficult to press the pause button, much less turn off the computer for the night.

Ori and the Will of the Wisps

Those of you that are into captivating graphics and legends of folklore will find yourselves enthralled in Ori and the Will of the Wisps. For all of you that have played Blind Forest, your next adventure awaits!

It’s main character, Ori, is tasked with saving the Wild Woods from a blood-seeking owl who looks to terrorize all that get in his way.

The gameplay itself is tantalizing, including a variety of different problems for you to solve. This includes things like traps, puzzles, mysteries, and moments of intense combat.

It’s similar to the classic Ray-Man games in that it’s a 2D playthrough with some amazing graphics and a beautiful design. Experts have tacked this game for being “too all over the place” at times, but it’s a simple concept that’s fun to play.

Playing as an owl has its perks, as you’ll find yourself able to fly through the woods and pull off some amazing combat moves that are unique to this franchise. If you’ve enjoyed games like Sly Cooper and Sonic the Hedgehog in your younger days, then you’ll get a kick out of playing Ori and the Will of the Wisps.

For those of you that spent hours of your childhood flying the X-Wing in Playstation 2’s Star Wars Battlefront II, you’re going to love playing through Star Wars: Squadrons.

Who wouldn’t enjoy flying through space and blowing up the enemy’s battleships? It allows you to enter the Star Wars galaxy in an entirely new way. You’ll find it enjoyable just to glide through space, performing various tricks.

The best part? It isn’t an overly complicated gameplay style. If you consider yourself a beginner in the gaming world, then Squadrons will help you ease into it. You’ll get a better feel for controlling the ship as you progress through the game.

There’s also a fair bit of strategy in play, as you communicate with your fellow squadrons, control your defense shields, and maneuver through the battlefield.

Of course, being a part of the Star Wars franchise, this game doesn’t disappoint when it comes to graphics. You’ll feel like Luke Skywalker gliding through the hundreds of ships, only with a first-person viewpoint.

Many experts were pleasantly surprised by the complicated campaign. The difficulty can be easily adjusted, so this is an enjoyable playthrough for gamers of all ages.

Try the Most Anticipated Video Games for Yourself

Now that you’ve seen a list and in-depth guide of some of the most anticipated video games that came out in 2020, it’s time to find a new one for you to try.

Don’t be afraid to diversify your games and branch out to try something new. For example, if you usually do first-person shooter games, try Super Mega Baseball 3 for a new kind of challenge. Your brain will thank you!

Also, be sure to browse our website for more articles on intriguing video games, as well as many other topics that you will enjoy.