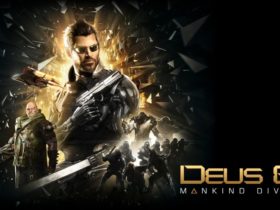 Getting paid to play online games. To the skeptic in you, it no doubt sounds too good to be true. The truth is that many are already doing it, and there is significant earning potential there for anyone, regardless of whether you go at it full-time or you are just looking to make some money on the side.

While you may be a long way off from joining Forbes’ list of highest-paid video game players, you can make some decent amount playing online games. Among the most popular paid online games include the following.

The setting of this online adventure and strategy game is in Mars, in the year 3000. All players or inhabitants of this new world are tasked with finding minerals and the currency of the game, called “Mars Dollars (MD).”

You get as many as 5,000 free Mars Dollars when you sign up to play. You can then add to this sum by accumulating more Mars dollars when you fight against other players, mine the volcanoes, and search the ruins. In addition to the much you earn from successfully attacking or defending and occupying spaces, you also get a random amount of MDs.

Once you have accumulated enough Mars Dollars, you can exchange the dollars for real cash and cash out. There is no limit to how much you can earn on Exodus3000, and the more you play, the more you stand to take home.

Formerly known as Project Entropia, Entropia Universe has a wide range of gameplay elements such as hunting and mining. The in-game currency is Project Entropia Dollars (PED), which you can withdraw into your account for real cash.

You can earn PED by hunting and mining for the most valuable of resources. You can then hold onto these resources and do some in-game trading at a premium. You can also loot resources from other players in designated lootable player vs. player area.

This is one of the most popular platforms for online gamers, with an estimated active membership of more than 2 million. Users create avatars and interact with each other in this virtual world simulator, engaging in all sorts of activities.

Coming to the money earning aspect, Second Life has its own currency-the Linden dollar that you can convert to actual money, and you get your earnings through PayPal or Skrill. You can make money by doing contests or hunts sitting on camp chairs and selling items such as content, gadgets and virtual real estate to other players.

Competing in tournaments is one of the ways to earn from CS: GO. It is certainly not the easiest, since you will be competing against enthusiasts who have honed their skills to the level of pros. Tournament winners get their hands on an attractive prize pool.

In-game trading is, by far, an easier way to earn. You can open crates of items in the game and sell to other players. You can also buy skins and hold onto them, waiting for the price to go up later on and then sell at a profit.

Similarly, you can become a streamer, regardless of your skill level in the game. There are so many CS: Go fans all around who would be more than happy to be a part of the audience to your stream across different platforms such as YouTube.

For more fun and an opportunity to earn real money, find many of the most popular online games at Lottoland. You have a wide range to choose from, and the outlined games are only but a select few.

The gaming industry is at its peak and continues to boom, generating hundreds of billions of dollars in annual revenue. As new games keep cropping up each new day, the number of people earning from playing these games online continues to rise.

February 27, 2021
Load More
Please support this website by adding us to your whitelist in your ad blocker. Ads are what helps us bring you premium content! Thank you!