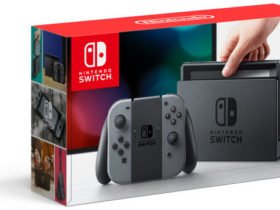 Nintendo Switch Performance Is Slightly Better than Wii U; Game Development is Easier Than on PlayStation 4

In the game The Technomancer, the player can select upto two companions and each with their own combat style. These companions assist the player in completing the game objectives. Each companion has its own weapon, armor and talent which can be leveled up by fighting more battles. This Companions Roles And Locations guide will take a look at the different types of companions in the game.

To get more information on the companion, talk to them and finish their side quest. If the player is good with his dialogues, the companion might get emotionally involved with the player but upset them too much and they may leave the team as well. To share the team building points, it is advisable to keep switching team members.

This character is unlocked a bit later in the game. It is recommended to finish her first quest namely A Friend Under Pressure.

He is a mutant turned companion. He can be found in Noctis City during the main quest.

Scott is Zachariah’s oldest friend who is also a scientist, doctor and an eccentric, with an alcohol addiction. As he is a scientist, the player can also find Scott inside the laboratory in the Slums.

She can be found in the main quest when the player needs to escape and reach Noctis. She is a Rover pilot and will join the team during the mission.

Jeffery will be available at the Barracks after completing the opening mission, Initiation. He is one of the first 2 Companions you receive along with David Ward in the Fight for Abundance quest.

David will be available at the Barracks after completing the Fight for Abundance quest. Dave is a specialist in the guardian style.

Progress in the Main Quest to reach the City of Noctis.