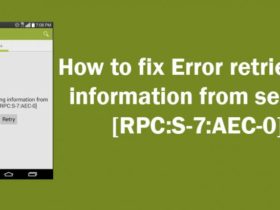 How to fix Error retrieving information from server [RPC:S-7:AEC-0]

This Tom Clancy’s Ghost Recon Wildlands guide describes about the Factions. The game is developed by Ubisoft Paris for PC, PS4 and Xbox One. This open world tactical shooter game released on March 7, 2017. This installment is special as it is first one in the series to feature an open world environment.

There are four main factions in the game. Each faction influences Bolivia in its own way, having their own territories. This guide will describe these four factions in detail.

This is your faction, the faction of the ghost team, your character and your AI teammates.

This is a group fighting against the Santa Blanca Cartel in Bolivia. Their objective is to free the land of the cartel and live in a corruption free state. After you complete the Rebel Ops side missions, you get the ability to call assistance from the Rebel Forces with Support skills. These skills include mortar support, emergency drop vehicle, tag enemies, etc.

This is a criminal faction which rules Bolivia as a narco-state. Complete missions to destabilize cartel hold in specific regions. Your ultimate aim is to reach their leader El Sueno. Kill local cartel bosses to gain skill points and rewards. Driving a Santa Blanca vehicle while nearby enemies will allow you to stay anonymous.

They are a part of the Bolivian army, maintaining order in the country. They are hostile towards you. Fighting against these guys increases your patrol level which means dealing with more enemies and other threats. So, the best way to deal with these guys is to make sure to not increase your patrol level too much by killing off enemies quickly. In a similar manner to the cartel, driving a Unidad vehicle while nearby enemies will allow you to stay anonymous.