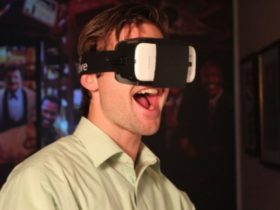 Check out this Trailer of a Virtual Reality Sports Bar Game

E3 is upon us with less than a week remaining. We’re seeing some early reveals of some major games already. Vampyr for the PS4 will be shown off at E3 2017. While the gore is almost sickening, the game looks crisp and really interesting.

While there isn’t any new game play floating about, we have the cinematic trailer of the game which is set in 1928 London; this game is definitely one of the ones which get you giddy and give you the urge to get a PS4, because there isn’t going to be a PC release any time soon.