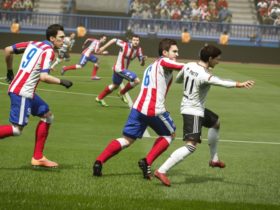 It’s no secret that a new Star Wars game has been in development since a few months at Visceral Games. The game has few details as of now, one of which being the fact that it’s going to be a third person action game.

This month at EA Play Event, the publisher showed some exclusive footage from the game. The footage was a part of a developer diary which included every Star Wars game at development under EA. Other developers included Respawn and DICE.

You can take a look at the developer diary below showing glimpse of Visceral Games’ Upcoming Star Wars game.

The development of this new game is headed by none other than Amy Hennig. It is expected to hit store shelves in 2018. Stay tuned for more updates.