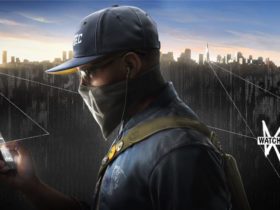 Persona 5 media is beginning to roll out as we gear up for its Japanese release in September. Now the Japanese TV Ad has been released, which focuses on one of the main protagonists of the game.

Persona 5 releases on February 14 of next year in North America and doesn’t have a European release yet, though it has been confirmed for that region. If you’re itching for more Persona 5, you should watch the E3 2016 coverage of the game, as it was shown a lot.