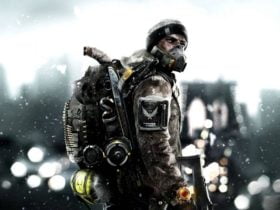 The Division 1.5 Update, Survival DLC Will Launch Next Week

Proxies serve as the middle man for transactions between you and the internet as a whole. Your computer connects to the proxy, feeding it requests about the kind of data it wants to grab off the web, then the proxy goes and fetches that data. The websites and servers you’re getting data from only ever interact directly with the proxy service so they have no idea it’s actually you making the requests.

The most common use for proxies is for online anonymization. Since the proxy is doing all the online interacting in your place, they’ll always trace its activity back to the proxy and never to you. Proxies are also used to trick online servers into thinking you’re accessing the internet from a place you’re not in at that moment. For example, if a video you really want to see isn’t available on your country’s networks, just connect to a proxy located in another part of the world. Now when you access that website, it believes you’re connecting from a place where the video is accessible and will permit you to view it.

The ability to protect your true identity and circumvent web access restrictions are key to the modern business practice of web scraping. Web scraping is the process of grabbing very specific data en masse – such as competitors’ prices, customer review scores, community sentiment data – from publicly available internet sources. It involves constantly scanning hundreds of targeted websites for the data you want to analyze.

There are some pretty amazing insights you can learn from web scraping, like real-time customer response to a new product or marketing campaign, or how your competitors price their product variants for different major holidays.

Web scraping would be impossible without the use of proxies. Most websites don’t like it when their servers are hit with high volumes of requests from a single source. If you tried running a web scraper from your company’s network, you’d be blacklisted in a flash! Proxies make it possible for web scrapers to make multiple requests to a single server, but make it appear as if they’re being accessed from completely different locations around the world. This has completely changed how modern marketing is conducted and even birthed entirely new industries, like travel aggregator services.

So now that you know what proxies are and some of the ways they’re used, let’s talk a bit about the most common type of proxy, the data center proxy.

What are Data Center Proxies?

The advantage of data center proxies is their cost-effectiveness. Check out Oxylabs’ offer for premium quality data center proxies. Since they don’t need a separate connection or physical address for every single proxy address, they’re saving a lot of space and money by letting users connect to the same service via different virtual addresses.

They’re also super easy to replace. If you make a mistake that leads to the banning of a virtual proxy address, the data center can just give you another from its huge pool of available addresses. Mess up again? No problem, ask for another!

You can imagine how useful the ability to quickly assign and switch between proxy addresses can be for web scraping. When you’ve got dozens of web scrapers wading through the sea of data that is the internet, you want it to be easy to keep them undetectable from server protection mechanisms that can stop them in their tracks. If a scraper gets banned from the website it’s scraping, just assign it another proxy from the data center and it can continue along with its work with very little downtime in between.

The only downside to data center proxies is that they’re relatively easy to identify. Once enough addresses from the same data center are flagged by a server, they can blanket ban all addresses from that data center. Such cases are extreme, and quite rare, but there’s always the possibility that someone else’s negligence could lead to your virtual addresses being blocked, too.

In summary, data center proxies are virtual proxy addresses that don’t directly trace back to an internet service provider. Instead, they connect to a third-party server, the data center, which serves as a hub for thousands of proxy addresses. If you’re looking to upgrade your company’s marketing campaigns or boost productivity through web scraping and mass data processing, data center proxies can provide you with the security, speed, and stability you need at affordable prices.