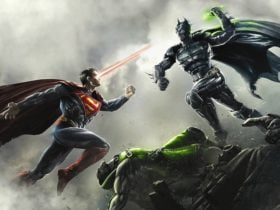 The old adage “Every cloud has a silver lining” is quite relevant during these harsh times. With us being locked away in our homes and all, we got plenty of time on our hands. Whenever I browse through YouTube and Pinterest all I can see is content about things to do during the quarantine. Making each of our boredom obvious to every part of the planet.

To be honest I did watch those videos because I, myself is getting stale amidst the crisis. And you know what their staple recommendation was? It’s watching shows on Netflix. There are about 57.4 million Netflix subscribers all over the world (read more). So if you’re interested in joining the bandwagon, what better time than today.

Netflix in the World of Entertainment

The bare existence of this media provider in the market has changed the entire game when it comes to streaming. Having a movie marathon and binge-watching TV shows will never be the same as it was before the internet. If you seriously don’t have any idea what Netflix is, you might want to consider moving out of your rock.

This American media-services provider and production have made streaming convenient for us. In the past wherein you don’t exactly find the disc you borrowed amusing, you can’t just toss it aside. You did spend coin on it, you might as well finish the whole damn thing. But with Netflix, if you find the movie or the series rather humdrum you can swiftly switch to another one.

Everybody has their own particular taste when it comes to something. I find comedy shows very amusing but it might not be your cup of tea. This site has a wide range of genres you can browse through. That means you won’t get stuck on something that you don’t want. If you think Netflix is great, how much more with the assistance of a VPN? Below are a few benefits you can reap when getting a VPN provider.

Have you ever encountered a scenario wherein you opted for online suggestions in regard to films? I mean, all of us at some point did not know what to watch. Especially when you just finished a series that was hella good. You find all these intriguing programs recommended by people. Yet when you searched for it on Netflix, it’s just simply not there.

I know lying is a common demeanor in the online realm but this is not the case. It just so happens that specific shows are not available in your country or region. If you’re fairly new to the site you obviously did not know about the catch. The library content you can access is highly dependent on which face of the Earth you’re located. This means someone living in the US has a different collection of programs from someone living in the UK.

The reason behind this is territorial licensing (http://www.kindersleysocial.ca/%E2%80%8Bwhy-you-cant-have-everything-the-netflix-licensing-dilemma/). That deals with copyright and licensing matters. As we all know not everything on the site is produced by Netflix. Some programs are from a different company. Which would mean the site needs to buy the movie or show before they can broadcast it to the public.

Most of the times the contract only states that they can legally air it at a particular location. That’s why only a particular group can access it. You might have also encountered differences in seasons. In scenarios where you were binge-watching a series only to realize the seasons are not complete. This is the main reason why people use VPN when streaming.

VPN’s bypass geographical restrictions or geo-blocks. If you want to gain access to the US programs, then settle for a provider that has one in the area. We all know that the US has the most extensive library. Considering they dominate in terms of the number of users.

In today’s world where everything is practically done online, security is something to be cautious about. This is another big factor why people choose to acquire a virtual private network. It acts as a barrier between your personal data from hackers.

You might ask, what’s that got to do with streaming on Netflix? When you subscribe for the monthly subscription you obviously provide private information. It may include your home address, credit card information, and your phone number. Virtual private networks encrypt all of your data to ensure your safety in the online world.

Netflix has been at war with VPN’s since they became a thing. The site has already programmed blockers at the slightest trace of a VPN. That’s why most virtual networks don’t cover Netflix. Nevertheless, there are still VPNs that work like magic.

Now, if you have used the streaming service, might as well accompany it with a virtual private network. This can really hype up your experience.