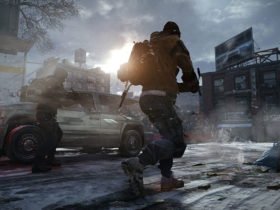 The Division Guide: How to Get to Central Park Glitch

The Xbox One X was revealed during E3 2017 during the Microsoft slot; looking like a true premium piece of technology clocking in at $499 MSRP, the console definitely has gamers interesting. Capable of running native 4K at impressively high framerates, the console is still surprisingly in a very tiny form factor.

Xbox Daily was live at E3 and showed off the assembly of the console piece by piece by an Xbox One X engineer, here’s the video:

For such a small console, it is truly packed with hardware, rocking 12 GB of GDDR 5 memory, 6 TeraFlops of GPU computing power with HDR capabilities, the console is a true beast. For more updates, stay tuned.