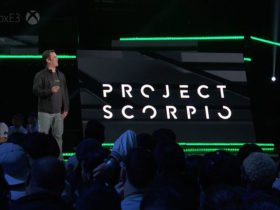 After almost a decade, Producer of Platinum Games leaves the developers. In an Instagram post, he said that he was grateful for his time at the company and working at games like Bayonetta, Madworld and ScaleBound and that branching out was a “part of his DNA”.

15 years ago, I came to Japan to fulfill my childhood dream of making games with my heroes, no matter how hard the day, I always walked into the office in awe of the creativity around me, and with the joy that working with each and every one of my coworkers brought me. It is hard to say goodbye to them, to PlatinumGames, and to Japan. Yet, embracing new challenges is part of my DNA, and after almost 10 years of working with the team (more with my Capcom/Clover days), it is time to move on to new challenges that I’m excited to share soon. I’ll be forever grateful to all people who have touched this journey, because they’ve shaped who I am

His departure from the company was based on the cancellation of Scalebound, the highly ambitious Xbox One and PC game. He was involved with the game from the beginning and the game had a 100 person development team.

Scalebound got into Microsoft’s Not-to-pursue category and work on it was canceled.