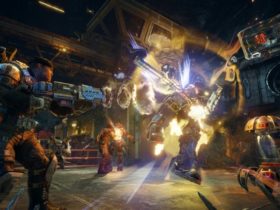 Microsoft’s latest move includes bringing every first party console exclusive to the PC platform. In other words, Xbox Play Anywhere feature allows you to buy a title on either Xbox One or PC and play it on the other without any additional cost. Till today, we all knew that the feature was coming this fall.

Today, Microsoft has finally announced a release date for the feature and it’s happening as soon as September 13.

“The Windows 10 Anniversary Update and the related Xbox update coming this summer enable the Windows Store on Windows 10 and Xbox One to support Xbox Play Anywhere games,” said a spokesperson to Polygon. “Then, beginning with the launch of ReCore this fall and continuing with Forza Horizon 3, Gears of War 4, Halo Wars 2 and others, when you digitally purchase a game that supports Xbox Play Anywhere, you have access to the game on both Xbox One and Windows 10 PCs for one price and your progress, game saves and achievements are shared seamlessly across both platforms.”

You can find the entire list of 12 games here.