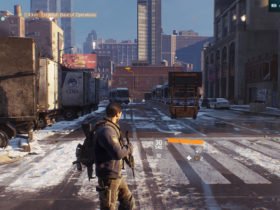 The Division Guide: How to Get Lockpick and Open Locked Doors

In the new expansion, the bond system is a new system introduced in the game which rewards you for having certain soldiers complete missions together. There is a compatibility rating of each soldier with every other soldier in your team. This rating is termed as Cohesion and determines the bond between two soldiers. This guide will explain this bond system in the game.

The Cohesion ranges from 1.0 to 9.9. A rating above 5.0 is considered high or very high. Sending soldiers with high cohesion will increase the chance of these soldiers becoming bondmates. A soldier is allowed only one bondmate at a time so if that bondmate dies, the soldier can form a bond with another soldier.

A level 2 bond can be formed once the cohesion bar reaches the maximum for the second time but this bond must be formed aboard the Avenger in the Training Centre and the soldiers will be unavailable for three days. After this, the bar will again reset and once the bar reaches the maximum for the third time, the soldiers will be ensconced in the Training Centre for 6 days after which they will have reached the maximum bond level. Some rewards for Resistance Ring missions are geared towards increasing soldier bonds.

Here are the XCOM 2 War Of The Chosen Bond System perks and rewards you get.

Teamwork – It gives an extra action point to a bondmate. This sees one bondmate give up an action to confer that action onto the bondmate. This can be done once per mission only.

Covert Operators – The duration of a covert operation is reduced by a day if you deploy them both together.

Stand By Me – End a turn adjacent to a bondmate to cleanse any negative mental effects. This can be done more than once.

Spotter – When the bondmate has attacked or has been attacked, the other bondmate gains a 10% bonus to aim.

It has all the benefits of Bond Level 1 and 2 and the following.

Advanced Teamwork – You get two actions per mission to be granted between bondmates.

Dual Strike – When both bondmates have a line of sight on an enemy, a combined shot attack is made. This is a free action for one of the bondmates.