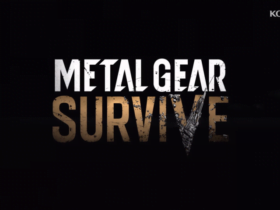 Here we will see how to beat Warlock of XCOM 2 War Of The Chosen. It is XCOM 2 ‘s expansion pack which released in August 2017. Firaxis Games developed XCOM 2 War Of The Chosen and 2K games published it for PC, PS4 and Xbox One.  The expansion pack makes changes to the campaign’s structure and adds new enemies, new hero characters, modifiers and more behaviors for characters.

The new expansion introduces Chosen enemies. You need specific strategies to defeat these three are formidable opponents. So we have guide for defeating Assassin and Hunter. Here you we will see how to beat the Warlock.

XCOM 2 War Of The Chosen Guide: How To Beat Warlock

The Warlock is a Psionic and long-distance enemy. He can call zombies who surround soldiers and explode in the next turn or when killed. He can also mind control soldiers. He can also summon an army of two melee attackers. When these attackers are on the field, you cannot damage the Warlock.

This enemy keeps the most distance from you so you will have to close in on him. The summoned zombies come in pairs and surround soldiers. They will then explode in the next turn or when killed. Give your soldiers a chance to escape by not making them take cover in a corner when these zombies are active. The Warlock uses his spectral army ability to summon two melee attacking zombies. Take these guys down to further damage the warlock.

Here are the weapons you get from defeating the Warlock at his hideout.

That’s what you need to know about how to beat Warlock in XCOM 2 War Of The Chosen.