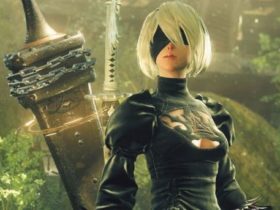 The Resistance Ring is a completely new room in the game’s expansion from where you can manage Covert Actions to increase your standing with the three new factions – Reapers, Skirmishers and Templars. This guide will explain the resistance ring and covert actions.

The build priority of the Resistance Ring is high so build it as soon as it is available. It will allow you to take the mission to recruit Pratal Mox, the skirmisher and also allows you to contact the Templars. It also provides various other benefits. You conduct Covert Actions from this new building which has a lot of benefits and counter-measures to both Elder’s Avatar Project and the Chosen’s meddling.

You manage and improve your relationships with the three new factions from here as well as gain access to their soldiers, except the Reapers. You can have an engineer staff the Ring to reduce the duration of Covert Actions by 33%. Always have a Covert Action in progress. You always get a vast variety of covert actions to do so keep doing them to earn various rewards.

These actions require two soldiers who will then be unavailable for a few days. There are risks that your soldier may be wounded or captured but you get prompts to negate these risks by selecting specific types of soldiers for specific covert actions. Soldiers undertaking the covert action will see their bond strengthen and can get bond benefits.

The Ring also determines the number of Resistance Orders you can put in place at the end of each month. There are various benefits to this as well. Upgrading the Ring costs 100 supplies and 2 power which gives an additional slot for XCOM to assign Resistance Orders. That’s all about XCOM 2 War Of The Chosen resistance ring and covert actions.