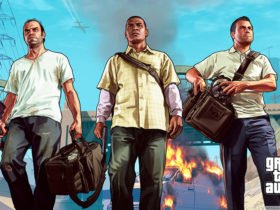 Blades are basically life forms as weapons and are linked directly to the Drivers that can summon them. You will need a good amount of blades to be a good Driver. This guide will list out some of the best blades in the game and how to upgrade them.

Xenoblade Chronicles 2 Best Blades and How To Upgrade Blades

Crown rating is probably the best indication of a superior blade over a conventional one. But it is not the only thing to consider. For example, offensive blades like the Sazami doesn’t have a good Crown rating but they work better for characters like Rex than high crown rating blades like Ursula. Hence, it depends on the character also. You need to try and test out different blades for your characters and see which one suits them the best. This will also make your party a well-balanced one, capable of taking out different types of enemies. Judge all your characters’ weaknesses and strengths before assigning them blades.

Now, how to upgrade blades? You need to use their Affinity Charts which are basically perk charts where you can select perks and abilities. Go to the Manage Blades section in Blades Menu and select the blade you want to upgrade. You can now upgrade or customise your blade. Select the Affinity you want to upgrade the blade with and select to unlock it. There are different levels for these affinities so you will have to upgrade them to get the most powerful perks and abilities.

The primary thing you need to keep in mind when going for the best blade is the character you want to equip the blade on. For instance, it is foolhardy to use a Healer blade with an offensive character.