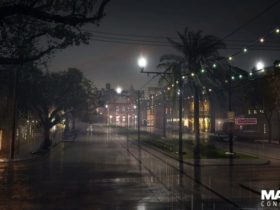 You will be surprised at how quickly the game forces you to fight strong enemies. Surviving these enemies requires levelling up and getting stronger as fast as possible. Hence, this guide will show how to level up quickly in the game.

Xenoblade Chronicles 2 Guide: How To Level Up Quickly and Earn XP

One of the game’s main focus areas is exploration and if you venture off too far away, you will be facing some really tough enemies. So, as you push forward, you will need to level up. Unlike other RPGs, completing side quests or unlocking stuff doesn’t help gain XP as much as simply fighting does. Hence, fight enemies as much as you can. Make a balance of killing enemies and finishing side quests so you get a constant influx of XP.

During combat, to maximise XP gain, keep things brief. Finish off the enemy as quickly as possible. Spend less time in each encounter to be able to have more of them and gain more XP. Take advantage of your enemy’s weaknesses to finish them off as soon as you can. The quests in the game donot have a level requirement hence make sure to finish as many quests as you can as well.