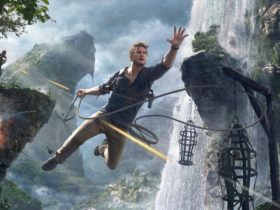 Foorara is an NPC in the game. Here we will see Xenoblade Chronicles 2 Foorara locations. XC2, developed by Monolith Soft and published by Nintendo, is a direct sequel to the first game Xenoblade Chronicles. The game released on Dec 1, 2017. Xenoblade Chronicles 2 features a new world. XC2 is available for the Nintendo Switch console. The game’s protagonist is Rex who along with his friend Pyra, search the world for Elysium which is the ultimate paradise for humanity.

You will meet Foorara many times as they are on a pilgrimage. Each time you meet them, you get a clue about their next location. These places are usually difficult to find hence this guide will show the locations of the Fooraras in the game.

This is the first location in the beginning of the game. Go to the Central Exchange and up the stairs to the east. Now, exit to the balcony in front of you. On a steel beam below the south side of the balcony is the Foorara. Jump onto the beam to meet him.

Go to the city of Torigoh in Gormott Province. Go to Tretl Windmill which has the highest point in the area. It is in the southeastern part of town, south of Abble’s Fountain. Climb to the top to find a Foorara. Talk to them.

GORGE SELF ON MUSHROOM

This is in the kingdom of Uraya, near Garfont Village in a hidden cave. Go to a cave southeast of the Mercenary HQ. It is the Fusty Fungus Cave. You will need a level 3 fire master and a level 2 wind master to kindle a flame to proceed. Go meet the Foorara.

In the city, go to the Fonsa Myma Gate waypoint. Look across the square to your back to see buildings on the other side. Foorara is on a tower in there. Cross the square and climb the stairs to the east. At the top, turn left and climb on the roof.