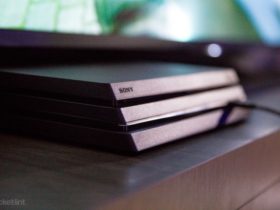 The 4K HDR Patches for PS4 Pro Could Cost Money

Xenoblade Chronicles 2 Overdrive Protocols locations guide is for finding out the places for one of the important elements in XC2. XC2, published by Nintendo, features a new world and it also has new characters. It is a sequel to the first game Xenoblade Chronicles. The game was out on Dec 1, 2017. Developed by Monolith Soft, XC2 is available for the Nintendo Switch console. The game’s protagonist is Rex who along with his friend Pyra, search the world for Elysium which is the ultimate paradise for humanity.

Overdrive Protocol is a key item in the game. It allows transfer of ownership from one blade driver to another. These things are quite rare hence this guide will show the locations of these protocols in the game.

First, how to transfer blades between drivers? Once you get an overdrive protocol, go to the blades menu and perform the switch form the Manage Blades sub-menu. Note that this doesn’t reset Affinity. You cant transfer Popi though as she is not a real blade and you also cant equip Tora with new blades as he is not a real driver.

Now, moving on to the locations. First one is in the Kingdom Of Uraya. It is in Garfont village in a chest near the Mercenary HQ. It is next to the canopy with the table and benches where Hamlish is waiting for you.

Another one is in the Gormott Province in Torigoth. At the marketplace, it is in a treasure cove on the corner northeast from the fountain, next to Sighall and the other soldier.