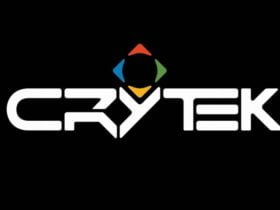 One Of Crytek Closed Studio Emerges As An Independent Studio

XC2 is published by Nintendo. Xenoblade Chronicles 2 features a new world. The game even has new characters. It is a direct sequel to the first game Xenoblade Chronicles. The game was out on Dec 1, 2017. Developed by Monolith Soft, XC2 is available for the Nintendo Switch console. The game’s protagonist is Rex who along with his friend Pyra, search the world for Elysium which is the ultimate paradise for humanity.

First thing is to locate the left bracer. To get that, you need to teleport to the Ruins Of Fountain Park waypoint. It will be in the south of the Stomach area of the Kingdom Of Uraya. Go to the northern cliff and look down. A ledge will be on the other side. Jump to it and follow around the spire. Under the giant staircase, you get a prompt to dig. Do it and get the left bracer.

The right bracer is in the Empire Of Mor Ardain. You have to get to Kedeigh Gate waypoint Alba Cavanich. So teleport to there. Get to northeast area next to the guardhouse using the stairs. On the walkway, turn to the cliff and look down. A smooth stone slab will be protruding out. Jump to it and then onto another one. Reach the small dirt platform. Enter the cave and follow the path to reach the Fief Of Forgetfulness. Go southwest to the excavation point. Dig here to get the right bracer.

Now you have all the details about side quest Tranquility in XC2. Check out Xenoblade Chronicles 2 Side Quest Concerned Guide.