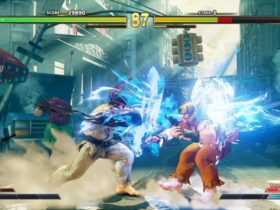 Publisher and developer SEGA has shared with us a screenshot of the upcoming Yakuza game. Yakuza 6 was originally available as a playable demo to everyone who bought PS3/PS4 remake of Yakuza: Kiwami earlier this year. Take a look at the screenshot below.

SEGA has also announced that a special event will be held on July 26, 2016 where a new trailer will debut along with cast, story and setting details.

Yakuza 6, featuring Kazuma Kiryu, is the seventh main entry in the Yakuza franchise and will be available for PS4 in Japan. There’s no word on western release yet.