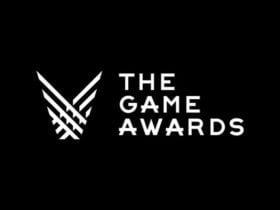 Released on April 11, 2017, Yooka-Laylee is developed by Playtonic Games for PC, Linux, Mac, PS4, Xbox One. The game is available for purchase on Steam, GOG, PlayStation Store and Microsoft Store. An open-world game, Yooka-Laylee lets you explore some wonderful worlds and the amazing characters of the game. Here we will find out all Yooka-Laylee Pirate treasure pieces locations.

Go to the structure leading to Rampo. Drop down below the final set of blasters. Jump to the side into a space carved out of the structure. There’s a treasure piece here.

Go to Gloomy Gem Grotto under the surface of the lake. Follow the path till you rise on the smiley platform. Fly above the room using Flappy Flight. Look for a large mountain and on top of this mountain is a skull.

Use Flappy Flight and go above the pumping plant. There is a skull on top of the pipes.

Go to the entrance of the world and search behind the tome. Get the skull using Flappy Flight to fly above the rock.

Go to the velocity terminal after unlocking the expansion. Go through the left door. Take a left on the way down. Use Flappy Flight and fly. The skull is on the far right end.