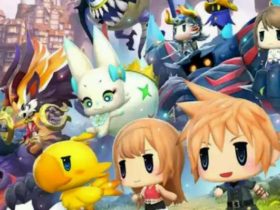 AMD has rolled out its second line of Radeon brand drives. AMD Launches Radeon R3 SSDs and that follows Radeon R7 SSDs, which were launched in 2014. At that point, the SSDs were launched keeping performance as the most important aspect. But now things are different with R3 SSDs. Now along with performance, Radeon R3 line will be have a balance between value and the raw speed.

AMD Launches Radeon R3 SSDs with the lowest capacity option being 120GB (SSDR3L120G). It has sequential read and write speeds of up to 520MB/s and 360MB/s respectively.

And finally the highest capacity drive of the series is the 960GB model (SSDR3SL960G). This model has a sequential reads of up to 510MB/s and writes up to 450MB/s.

However, the price for the 960GB model has not yet been announced.