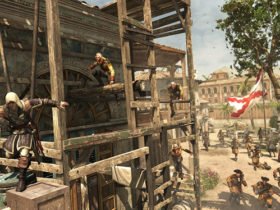 No Assassin’s Creed in 2016, Next Entry heading to Ancient Egypt

The exciting news for the gamers is here. The new drivers will address Forza Motorsport 6: Apex optimizations. With each release of Radeon Software, the stability and performance of the software increases. The company also mentioned that with AMD Radeon Crimson Software Edition 16.5.1 Beta, PC gamers will enjoy a spike of 27 percent over the previous version of drivers which were running on an R9 Fury X.

However, this software does come with few bugs which of course will be fixed and patches released. But till then there are workarounds available.

Below are some of the known issues of AMD Radeon Crimson Software Edition 16.5.1 Beta.

In the Desktop Product Family, AMD’s Radeon Software Crimson Edition 16.5.1 gives support to many configurations, from the Radeon Pro Duo to the HD 8500 – HD 8900 Series.

The latest beta drivers are available for download on AMD’s official website. The drivers work for Windows 10, Windows 8.1 and Windows 7, both in 32-bit and 64-bit variants.