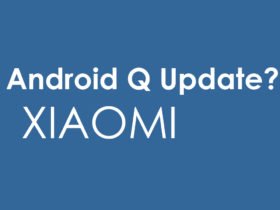 Xiaomi announces Android TV-powered Mi Box. It is a new 4K set-top box. The announcement was made at the Google I/O conference. Google VP Clay Bavor revealed that the Xiaomi will be the first to establish a partnership with Google in its effort to making Daydream-ready devices. These devices work on an advanced mobile VR technology. The new technology is developed for the upcoming Android N.

The device is sleek for the living room. Mi Box has won the famous Red Dot and Good Design awards for its design. The advantage of being Android TV 6.0 powered is that you can the Mi Box ships various sources like movies, shows and games directly from Google Play.

Now here is the exciting thing. Mi Box is one of the first devices to make use of Daydream technology.

Hugo Barra, Vice President, Xiaomi Global, revealed the Xiaomi and Google has worked together to build a great product oriented to US people.

Xiaomi announces Android TV-powered Mi Box with the below Features:

However the price and the launch date has not yet been announced.
[Source: theUSBPort]