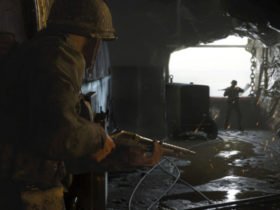 So this is theTech52’s first review round-up. We take up the latest installment in the long running series of Assassin’s Creed. In Assassin’s Creed: Syndicate Review Round-up, we see how the game performed after last year’s Unity disaster.
The series, this time, goes to the 19th century Victorian London. The story follow twin assassins, Jacob and Evie Frye, on their mission to stop an evil Templar industrialist. It features a dense open world to explore and lots of side-quests to keep you busy.

Let’s see how it scored among the critics.

As you can see, the critics are happy with this year’s entry. At least none of them rated badly. They heavily praised the dense environment and the beautiful Thames River. They said that it’s one of best Assassin’s Creed game in the series since Black Flag. The side quests, especially the Charles Dickens missions, were fun, according to IGN. GameSpot praises the story, character and the open ended mission structure. Most of the critics loved the new zipline feature which allows players to swing across London like The Dark Knight.

On the negative part, the game’s control system was occasionally clunky and dysfunctional. The graphics were heavily downgraded when compared to last year’s Unity. The missions were somehow predictable and the boss battles were anti-climactic according to some critics.

All in all, Assassin’s Creed: Syndicate outperforms our expectations and saves the dying franchise. The game was released on Xbox One and PS4. The PC release is set for November 19. Let’s see, how Ubisoft treats its PC fans.