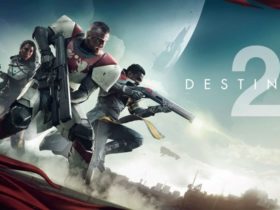 A recent survey posted to NeoGAF shows Sony is planning for its PS4 firmware update 4.0 already. According to the survey, the tech giant is preparing some serious changes to its PS4 platform firmware. Lots of new features and support for older gen games mainly constitute the list. We know that competitor Microsoft has Xbox 360 backward compatibility already coming to Xbox One next month. Take a look at the full list below.

Update 3.10 just rolled out last week, so we don’t expect this update anytime soon. However, the list looks promising with features like downloading avatars and custom backgrounds. If lucky, then we might also be able to add more no. of people to a party. Large-scale games like Battlefield already need such features since a long time. Basic features like filtering games in the libraries and deleting items from library is also planned. And then there’s the long list of PS1/PS2 classics waiting to be replayed by us. Also, you might want to change your current PSN ID to something cooler. There’s that too.

To be honest, we don’t know if all these features are going to make it to the final update but it’s a new hope. PS4 has already beat Xbox One since the launch and keeps on being better than it. An update like this would just add to the party.