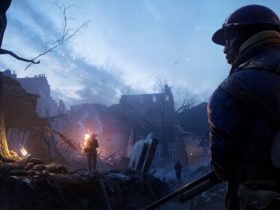 Battlefield 1 developers DICE have embarked on an ambitious path – monthly new updates, expansions packs, weapons and more have been promised by the developers; recently, the latest map in the game called Nivelle Night was announced.

The map will be launching in June for Premium users and will be bringing night warfare in the battlefield. The map is also be available for community testing in the Community Test Environment.

What makes the latest Battlefield 1 upcoming map so unique is how the trench warfare is blended with the Night time, it makes for an ambient rich atmosphere for non-stop firing. Muzzle flashes, weapon discharges and every single thing will produce flashes of light, making it amazingly fun and unique to play.

Battlefield 1 is a first person shooter which lets two teams fight it out in a large map; the game is available for PC, Xbox One and PlayStation 4.