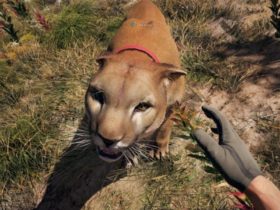 Far Cry 5 Guide: List Of All Guns For Hire

Bayonetta is developed by Platinum Games and published by Sega. It is a 3rd person action game, and after its 2009 release for the Xbox 360 and PS3, it finally makes its way towards the PC.

You can now fulfill your fantasy of playing as a bad-ass gun-wielding witch – now at 60FPS and at resolutions up to 4K. The game also has optimized to work well with a Keyboard and mouse.

If you’re early and purchase the game before April 25th, you will get the Deluxe version of the game for free which comes with soundtracks, wallpapers a digital artbook and more.

While the decision of finally bringing such a game to PC is commendable, we have to ask what took so long.

For more updates about Bayonetta for PC, stay tuned.