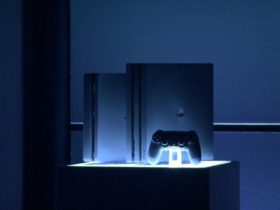 Why the PS4 Pro Doesn’t Have a Blu-Ray Player

Virtual Reality is the latest technology. Though it has advanced and shown marvels, but still we have lot more to come. It has just begun its journey towards the future where virtual reality is going to change the way we see the world. But for we have some really interesting VR gadgets coming up in 2016. For the gaming industry, Virtual Reality is the next big thing. It is transforming the gaming world. With 2016 near the corner, there are some fantastic VR Games coming up. Let’s see some of the Best Virtual Reality PlayStation Games 2016.

The game has been brought up for Virtual Reality With new scenery. It is going to be certainly exciting in the VR world.

The plot of the story revolves around a journalist set out to solve a murder mysterious. The genre is horror. It would be a great adventure to unfold the mysteries using a virtual reality gear.

Until Dawn: Rush of Blood

This is a first person shooter game with a very different style. So it’s worth to try it out. Since it also has scary feel, the VR will give a boost to the thrill you will experience.

This is 80’s Atari classic game. The developers have made the “original” game into a VR game and are trying to make it a hit.

This game set in London’s criminal underworld is a VR. It is one most anticipated games. For adding to the already realistic feel, you can also the PlayStation Move controller in both hands. This way you will be having full control of the character’s body.

Here you get to play the protagonist who is a boy crash-landed on a breath-taking planet. It will be game of exploration of the new planet’s environment and the wildlife. Well you may even run into a 50 foot dinosaur. And with Virtual Reality it can feel as real as possible.

Like the previous game, this too is set out in the Space. The game lets you explore Saturn’ largest moon, Titan. The visuals of the game looks stunning.

Sony’s Gran Turismo is a racing game and has been a huge hit for years. With Virtual Reality added to the game, the game will take to a new level of driving experience. The game will feature FIA Gran Turismo Championships. So you will get to race your favorite car and the country you love.