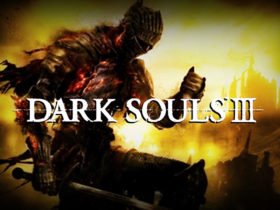 The idea of Nazi zombies never gets old in Call of Duty and so is the out blood lust to slay ‘em.

The latest trailer called “Nikolai’s Memories” warns players of the next horde coming in February 2016. The DLC includes a new map titled “Der Esiendrache” in which players will be fighting Nazi Zombies around the Hohenwerfen Castle in Austria. It features Richtofen, Nicolai, Takeo, and Dempsey in a WW2 setting.

Der Esiendrache is part of five content pack called the Awakening available in the Season Pass. The other maps are titled Splash, Gauntlet, Rise, and Skyjacked. The Season Pass for the game is available for $49.99.

Zombies’ director Jason Blundell said that the developers are hard at work “creating a memorable season of zombies’ content for fans to enjoy.”

The first map of the Call of Duty: Black Ops 3 Awakening DLC launches in February for PS4 and in March for Xbox One and PC.