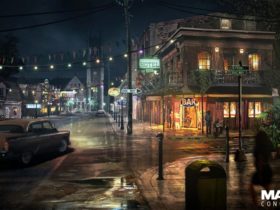 A few days back, speculations began that a major series veteran will be returning in Resident Evil 7.

Now, Capcom has officially confirmed that, Chris Redfield will appear in the upcoming DLC. The story expansion called “Not a Hero” will be the third expansion of the horror game. The official statement read:

Who or what is he chasing? Find out soon in this separate story.

Chris first appeared in the 1996 original Resident Evil game along with Jill Valentine.

Are you excited to see him as a potential villain? Share your opinions.

You may also like: Resident Evil 7 Denuvo DRM Cracked Within A Week of Release