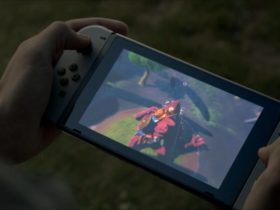 Okami HD is releasing on 12 December 2017. Capcom‘s Okami HD pre-orders starts today and this critically acclaimed game released in 2006 in Japan and North America for PS2. A whopping 200,000 copies were sold in North America in 2006. It was subsequently released in Europe and Australia in the next year.

Now Okami HD will be coming to Windows, PS4 and Xbox One. The Okami HD pre-orders for Xbox One opens  today. This version of the game will come in high resolution. You can play the game in modern widescreen format or if you want you can play it also play it in 4:3 ratio. Okami HD will also feature interactive loading screens from the 2006 Okami.

You will play as Amaterasu, the Japanese Sun Goddess, living as a legendary white wolf. Amaterasu is on a quest to defeat Orochi, an eight-headed. Grab the game soon and experience the amazing game set in classical Japanese history in high resolution.