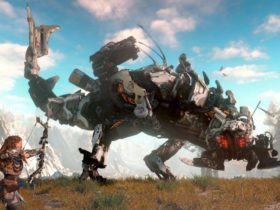 In this huge expansion, the most important change to the game is the ‘Dynamic empires’. The second thing is the inclusion of Historic moments. Dynamic empires signify the rise and fall of empires with the borders changing with change in strategies, Loyalty and other factors. The Historic moments are the events that marks the turning points of your civilization. Some of the major highlights of the Civilization VI Rise and Fall is given below.

Golden Ages and Dark Ages are events that last for an era. These have the power to change the situation of the game. Players get to change their strategies. With Golden Age, you get Loyalty bonuses along with other things. The catch is that going forward, it will be a bit difficult to earn Golden Age. On the contrast, with Dark Age, player loses Loyalty but earning Golden Age gets easy.

There is even a powerful Heroic Age. With special Dark Age policies, the Heroic Age can be unlocked. One more notable change is that the ‘player era’ will now be ‘game era’. The ‘game era’ will resemble chapters in a book with each having a start, events, an end and  something exciting to take us to the next chapter.

Loyalty, enough to shake empires, in simple terms is the support of your city. It the Loyalty is low, there is a chance that the city may rebel and become a Free City. Then it can be acquired by other players to add to their empire. Sending Governor to the city can earn you Loyalty easily.

In Civilization VI expansion, The Governor has a new role now. Players can earn up to seven Governors and they can be sent to cities to control, make important decisions and develop it. Alliances – benefits galore. Yes in Rise and Fall, making alliances can get you a lot of benefits and bonuses. Apart from all these, we for now also know that there will be Emergencies in the expansion. These Emergencies are caused when a player gets some significant benefit. For example, using nuclear weapon or converting a city’s religion.

There is also something new in the way we can relive and tell our memories of our Civilizations. All the rise and fall in your civilization can be retold with the Historic Moments made together as a story. Now that’s something new. All these are only a glimpse of this massive Civilization VI Rise and Fall expansion. A lot more details about features, civilizations and leaders is expected to be revealed in the coming weeks.