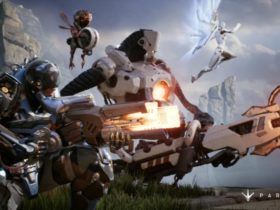 Terry Crews hyped up Crackdown 3 a lot, he appeared in a sci-fi suit and shot around his awesome laser gun. He mentioned that the game will feature not just killing other players with explosives but taking down whole buildings. Building destruction was shown in the trailer.

Crackdown 3 looked promising at E3 2017 and for anyone who was excited for the game, the Xbox slot surely ramped that excitement meter up. Here’s the trailer:

Whether or not you like Terry Crew’s epic entrance, the game is something to be waiting for. For more updates regarding E3 2017, stay tuned.