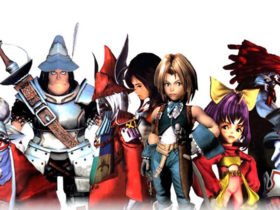 Well, it’s now more than a decade since Crytek came up with this masterpiece called Crysis. The game was a real test for the best of PCs that time. With stunning visuals, beautifully crafted lush jungles and amazing human models, Crysis was a treat for the PC gamers.

A lot has changed since then – we have more powerful hardware available at more reasonable prices, better and optimized game engines and tons of competition in the market. With high hopes, Crytek seems to rejuvenate our love for the original Crysis with the entry of the next gen consoles this holiday season. Personally, I would have preferred a remake instead of a remaster but hey, something is better than nothing isn’t it? Now, what makes this year so perfect is what we’ll discuss here. We’ll discuss about some of the important points. Let’s jump right into them.

To be hones, 2020 hasn’t been very nice to the world and the suffering hasn’t stopped yet. Various industries have suffered losses due to the global pandemic. But among these, there’s one industry which has done pretty well even during these trying times. As people around the world have locked themselves in their homes, video games have took up most of their daily routine. In fact, Counter Strike Global Offensive has continuously grown to be the all time highest played game on Steam. Considering such stats, publishers have decided to keep our spirits high. Crysis Remastered hasn’t got a concrete release date but the news of the game’s return itself has created a lot of hype among fans giving them something to think of other than the global situation. People have a lot of spare time while in quarantine and this makes the perfect time for a game like this to return.

The original game in the Crysis series was actually set in 2020 based on the fictional islands of Lingshan. The game’s story was pretty fresh and the idea of a cloak with multiple abilities was something of a new concept that time around. There were North Korean Army who you would fight in the game and then there was an unknown enemy not from this world. Crysis breathed new life into the alien shooter genre back in 2007 and we’ve yet to see similar breakthroughs yet. Back then, who would have thought that the world would be undergoing an actual “Crysis” in 2020.

I remember I played Crysis on my Intel Core2Duo with just 2 gigs of RAM and my setup used to act as a secondary heater for my room. Crysis was made using Crytek’s proprietary CryEngine. Other games which were made using this engine was the original Far Cry (That game holds a whole different place in my heart but we won’t get into that). If you have been in the gaming scene a few years back, you must have heard “But can it run Crysis?” on popular hardware related threads. In fact, Crysis still holds good as a benchmark for some of the hardware released in recent years. CryEngine really pushed the limits on the PC and that’s the beauty of it. People would spend hundreds of bucks on new GPUs just to be able to run this beast on their rigs and feel its power.

More than a decade later, we have now very powerful and capable stuff at our avail. 8 and 16 core processors with hyper-threading, 10s of GBs of memory and GPUs supporting features like real time ray tracing and what not. These are some pretty common specs that any gamer has these days. And with a setup like these, we hope that nobody would ever question anyone again whether their rig can run Crysis.

We’ve been talking about the PC all this way, but Crysis was also released on the PlayStation and the Xbox. Now, in 2020, we are awaiting the release of a new generation of consoles. Microsoft is almost ready with the upcoming release of Xbox Series X and Sony with its PS5. Crytek has announced that Crysis Remastered version will be available on Xbox One, PS4 and even the Nintendo Switch apart from PC. People might have wanted it to be a launch title for the new consoles too (who knows they may announce that later) but the current generation consoles are already a huge upgrade compared to the previous ones. So, in case you like to play on your consoles, you’ll be in for a treat as well.

We are yet to see some actual gameplay from the developer and we also don’t know whether we can expect the remastered version of the sequels as well. But, we’re all aboard the hype train. Are you? Comment down below your thoughts on this!