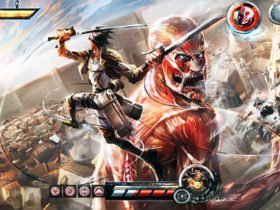 Even in these trying times, there’s one part of the industry that has done pretty well – the gaming industry. Among them all, CSGO did the best when it broke even more records by becoming the all time highest played game on Steam. But getting to the top is easy, holding it is what makes you invincible.

Recently the limited beta of Riot Games’ upcoming competitive shooter, Valorant was launched. And it didn’t take much time for a large part of the CSGO’s playerbase to move to this new experience. Valorant provides what seems to be a competition to this premier competitive FPS in decades. And people are loving it so far. It’s powerful anti-cheat is the main selling point of the game. Other than that, it has a character based gameplay with nice graphics and acceptable system requirements.

Now the question is what Valve has been doing lately to fend off this competition before it even launches for public. CSGO fans have been asking the developers for several new features like 128 tick servers in matchmaking and a better anti-cheat to name a few. As you have already heard, recent leaks from multiple sources have pointed to only one thing – Source 2 is coming. Note that Valve’s other major games such as Dota 2 and Half Life Alyx are already running on the latest version of the Source engine. It would make it very interesting if CSGO is the next one to get the update.

Source 2 is due to be released later this month but take it with a grain of salt as there’s no concrete proof for the leaks yet. What you can expect from the new engine is obviously better graphics and audio experience. But apart from that the update is also expected to make the game more optimized for the current generation hardware which would promise those extra few frames per second nonetheless. On the negative part, Source 2 would most certainly increase the amount of data the game consumes per match. So that’s a negative for users with a capped internet plan.

With Valorant’s beta release, Valve is desperate to hold on to it’s user base and it intends to do it within the next few weeks or months.