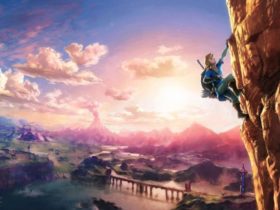 The Legend of Zelda: Breath of the Wild Guide: How to Upgrade Sheikah Slate

Doom, which was originally known as Doom 4, out on May 13, 2016. It is a first-person shooter video game. The developer of the game is Software and the publisher is Bethesda Softworks. Doom released on Microsoft Windows, PlayStation 4, and Xbox One. Here we are with the latest Doom Easter Eggs. Easter eggs have become a common thing in the modern day games and the last reboot of one of the most beloved franchises DOOM is no exception. It contains a lot of Easter eggs and secrets waiting to be discovered or explored. Let’s start.

When you go on advancing in the game, you sometimes find some Chinese like noodle boxes lying around, but when you take a closer look you see that it reads “Dopechan Noodles” with a Dopefish logo. Well, that’s a reference to the game “Commander Keen’’, a game by ID- software, where Dopefish made its debut. When you meet Samuel Hayden for the first time, look at his desk, there you will find a golden picture or gold painting, with a Doom marine in it killing demons similar to the marine and demons in the Ultimate Doom cover picture. When you are in Olivia Pierce’s office look at a PC screen warning you about the demons. The picture which is shown on the side the PC screen is of a Sprite of the very first DOOM game. Another Easter egg in Olivia Pierce’s office is, you will find a Soul Cube, which is a hell artifact of DOOM 3. In DOOM, you will find yourself in a level later in the game, which is a complete remaster of the old Dead Simple level of DOOM 2.

They changed almost everything in the map but kept the structure and the original essence of the map, which is a good thing.