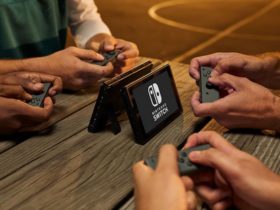 Well, there wasn’t any new Assassin’s Creed game announced at this year’s E3 but there was a new Watch Dogs for sure.

Ubisoft has revealed the third entry in the open world series which ditches the number and is called Watch Dogs Legion. This is Ubisoft’s most ambitious game ever made. The previous entries in the franchise let the players scan anyone in the game. Some of us found Bruce Wayne. (Yes, we did!) But this time around, the developers are leaving no stones unturned. Players can actually take control of any non playable character and continue the campaign with him/her. There’s even perma-death included which makes it impossible to bring back a character once he/she is dead. You are required to select another on from your recruits to continue the story mode.

Watch Dogs Legion promises support for Nvidia’s latest RTX technology. The revolutionary new feature has already been used by EA in games like Battlefield V which produces breathtaking effect in the in-game surroundings. It’s one of the games which is officially supported by the Nvidia’s new platform.

The story mode takes place in post-brexit London focusing on a hacker organisation called DeadSec fighting an authoritarian regime that has taken control over the United Kingdom. The players take advantage of an advanced surveillance system known as ctOS to accomplish various tasks like recruiting new allies, breaking into systems and more.

Watch Dogs Legion is slated for a March 6, 2020 release on PC, Xbox One, PS4 and even Google Stadia. Stay tuned for further updates.