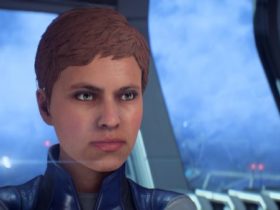 Escape from Tarkov is one of the most realistic FPS games we have seen in a while. The game will be getting an update in November which will bring in a slew of new features as revealed by Battlestate games.

This update will be called Hideout and will introduce new customization options, hide-able buildings and more. This amazing shooter will be out for open beta testing in Fall 2017.

Players begin the construction of their ‘Hideout’ from the ground up. Initially discovered as an abandoned, cluttered bomb shelter without any means of sustaining life, players must continually build and improve aspects of ‘The Hideout’ modules, including: the power generator, water collection system, ventilation, medical treatment facility, recon center, heating, bathroom and other areas. Players will work to improve various parameters of their characters, such as: out-of-raid health, hydration and energy regeneration speed. Players will also gets special opportunities for the production of medicines, ammunition, and other items from various resources. Recon center improvements provide new opportunities of working with merchants and playing as Scavs, and much more.