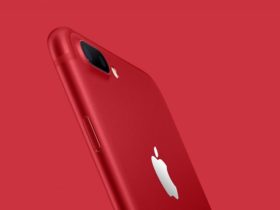 Red iPhone 7 and 7 Plus, (PRODUCT) RED Available for Purchase

The Developers of Gears of War The Coalition have actually made the game 4K ready with the Xbox One X console (announced at E3 2017) in just one day with further headroom for improvements and to increase the graphical fidelity.

According to technical director, Mike Raynor in an interview with Major Nelson at E3 Coliseum, “When we got our hardware, we had our game up and running on [the Xbox One X] the same day yeah”. Continuing, “Multiplayer worked right out of the box, but the first thing we did was bump it up to you know 4k resolution, and we found that we had it running with more performance headroom on Xbox One X [than] it does at 1080p on Xbox One S so we’re able to use that additional horsepower to add additional graphical features to the game”